The launch of your new website should be the start, not the end…

Many small businesses look at their website as a periodic capital expense that is made to either fill, or correct a gap in their marketing performance.

Most often, the decision to invest is driven through the need for an initial solid web presence, or the recognition that an ‘old’ site is no longer delivering the results required.

Whatever the motive is at the time of getting your new website built, it is important to realise that the initial build of a website is not the end of the matter. It would be nice to think that the job was complete, but the reality is that things don’t stay static, and decline will happen without ongoing action.

Well, in the same way as when you stop going to the gym after a batch of exercise classes, your body starts to gradually decline, website performance also starts to decline after the short term benefits of the initial build have had their effect.

In the business environment, new website builds experience a rise in performance level over the first few months (as the site first gets registered and ranked within Google), before reaching a plateau (as nothing new happens), and then seeing decline start to set in (as Google recognise the site is no longer new or up to date).

There are a number of reasons this happens; some are listed below:

There are lots of further reasons beyond these three simple examples, but where it happens it causes problems. The reality is that almost all businesses want their website to deliver some form of business result, and those results become compromised by this performance decline.

This may be really direct (such as ecommerce orders), or it may be a step or two distanced from the direct turnover and profits, such as where the desired website conversion is an information download, to make an email enquiry, or to book an initial phone call.

However it works in your industry, it is almost universal that a decline in results on the website will connect with the company results along the line.

In the following set of graphs, I’ll be demonstrating through a case study example how this happens for one business.

In the graph below you can see a small business experiencing the initial benefit of a new website. At the start, the site takes a little while to rank for the relevant keywords and to draw the traffic to the pages. As it does so, the results start to come in (in this case direct orders through an ecommerce site).

After the initial build actions have settled, the site is achieving 12 orders per month. Each sale has an average sale value of £250. This is resulting in a turnover of £3000 per month.

The site receives little attention after the initial build actions, and now starts to decline in performance gradually. In this example, the performance declines in a way that leads to one less order every sequential month. This rate will vary for different sites, industries, and situations, but that is the case for this example business.

The impact of this decline is a reduction in received revenues through the site of £250 (the average sale value) each month, and as time passes the impact of this becomes quite noticeable. On the right side of the graph, you can see that the combined impact of this effect over a full year is £16,500. 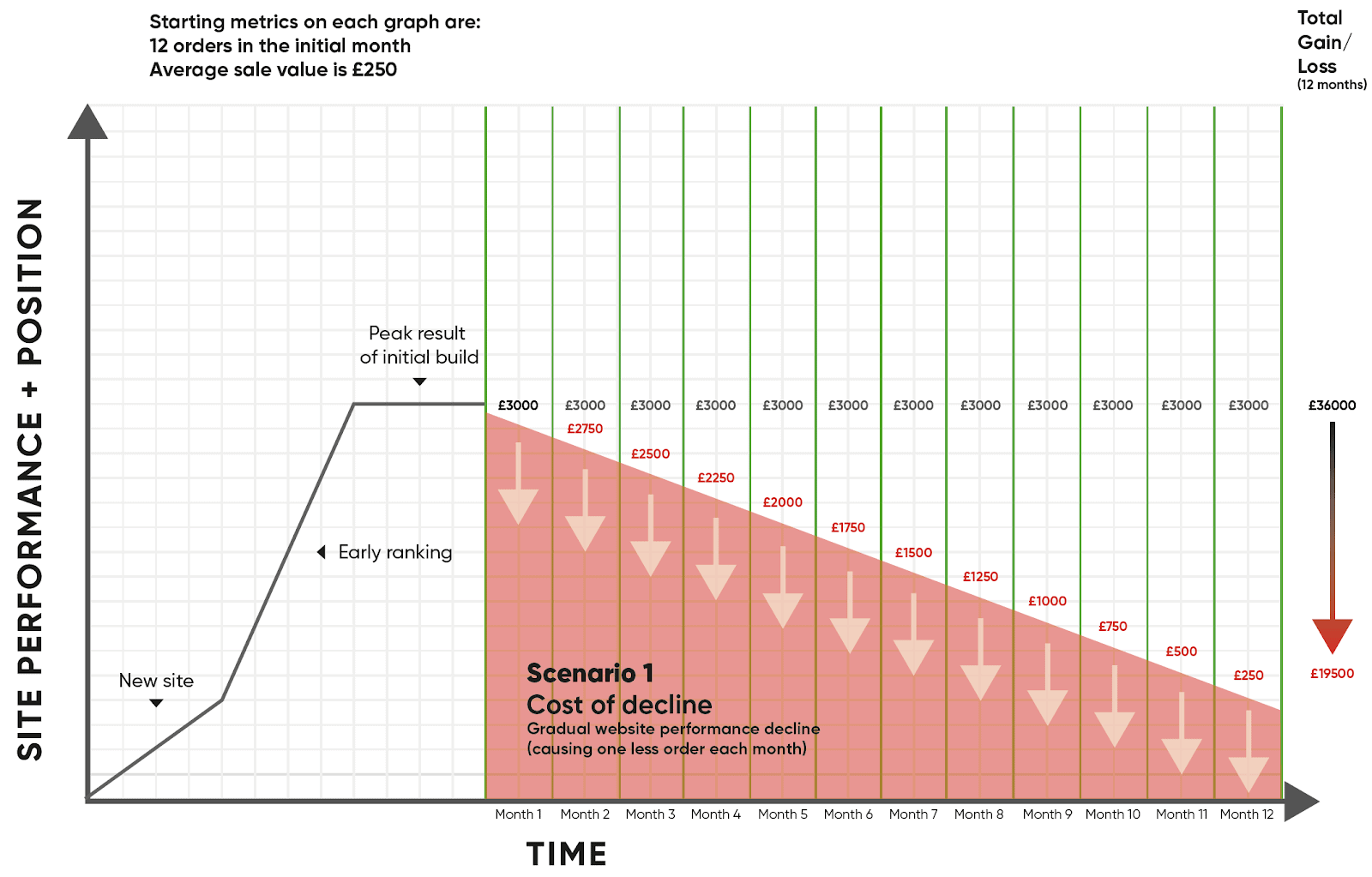 How would a website maintenance service affect the business results?

In the next graph, you can see an alternative set of results for the same business.

In this scenario, the business recognised the risk associated with potential decline, and took preventative action ongoing in the form of a website maintenance programme.

The result is that the performance of the website was kept at the original level (in this case exactly the same) and thereby avoided the ‘cost of decline’ – saving the £16500 in missed orders that was seen in the first graph. 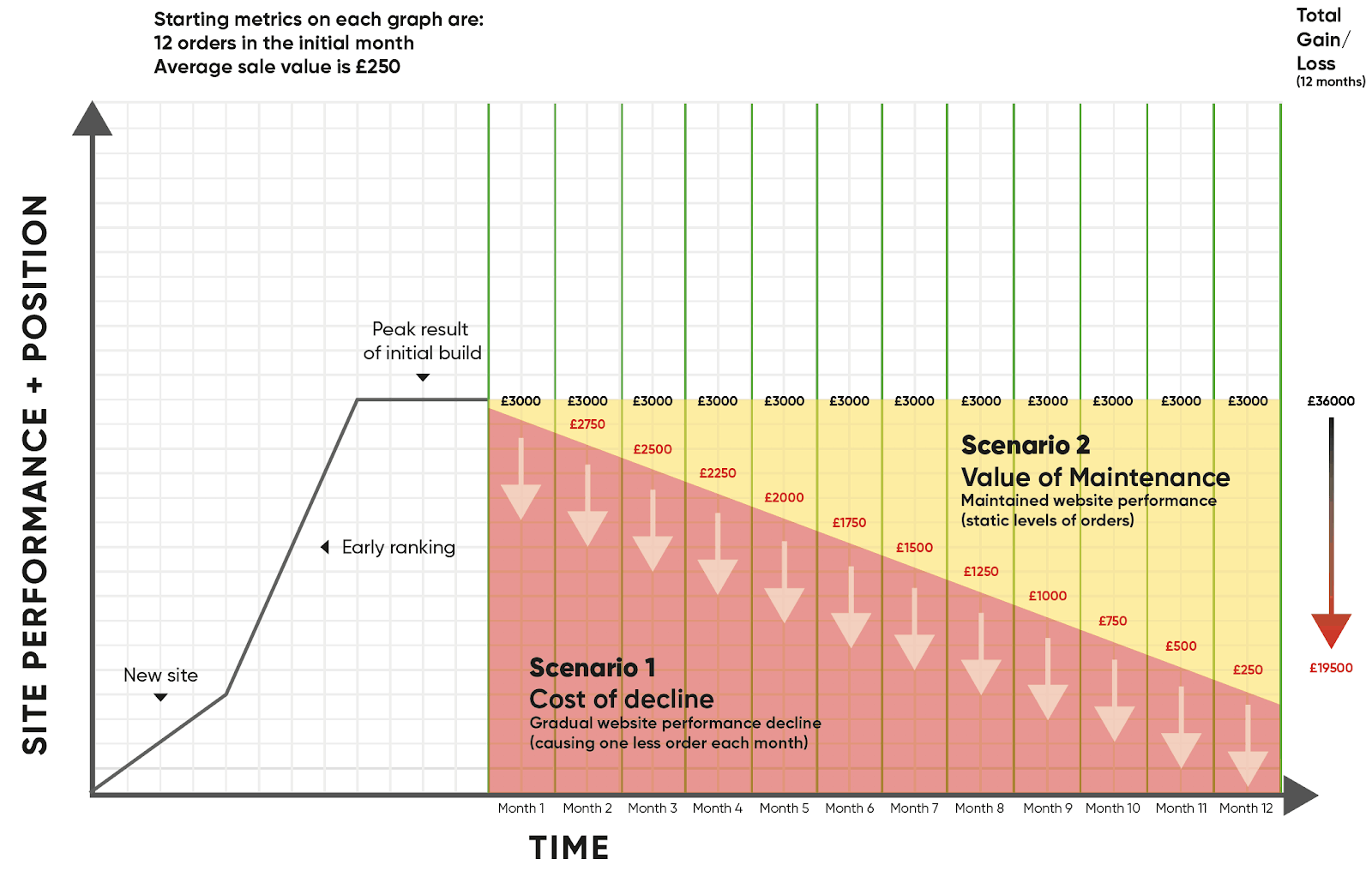 Is avoiding decline the best we can hope for?

It’s a fact that most larger scale or heavily growth focused companies invest as much, if not more into the development of their websites than they did in an initial build.

This is partly to prevent decline, but more to advance the performance of their sites, and make the most of the biggest marketplace available anywhere; the internet.

To advance the performance of athletes isn’t just a case of doing the basics well at the gym. There are nutritionists, physios, coaches and a whole range of support team assigned to bring out the best of that individual.

The same is the case when it comes to getting the best out of a website. There is a need for SEO (search engine optimisation) specialists, UX (user experience specialists), copywriters, graphic designers, business strategists and more!

Making a website really perform includes the refinement of structure and referencing, link building, regular and authoritative content addition, the use of varied media including video, technical performance appraisal and responses, and a wide range of other actions.

Graph 3 below, shows how website advancement can affect results. In this case the output of the site shows a gradual increase in performance. The initial decline has not only been halted, but one extra sale is now being made every month sequentially. 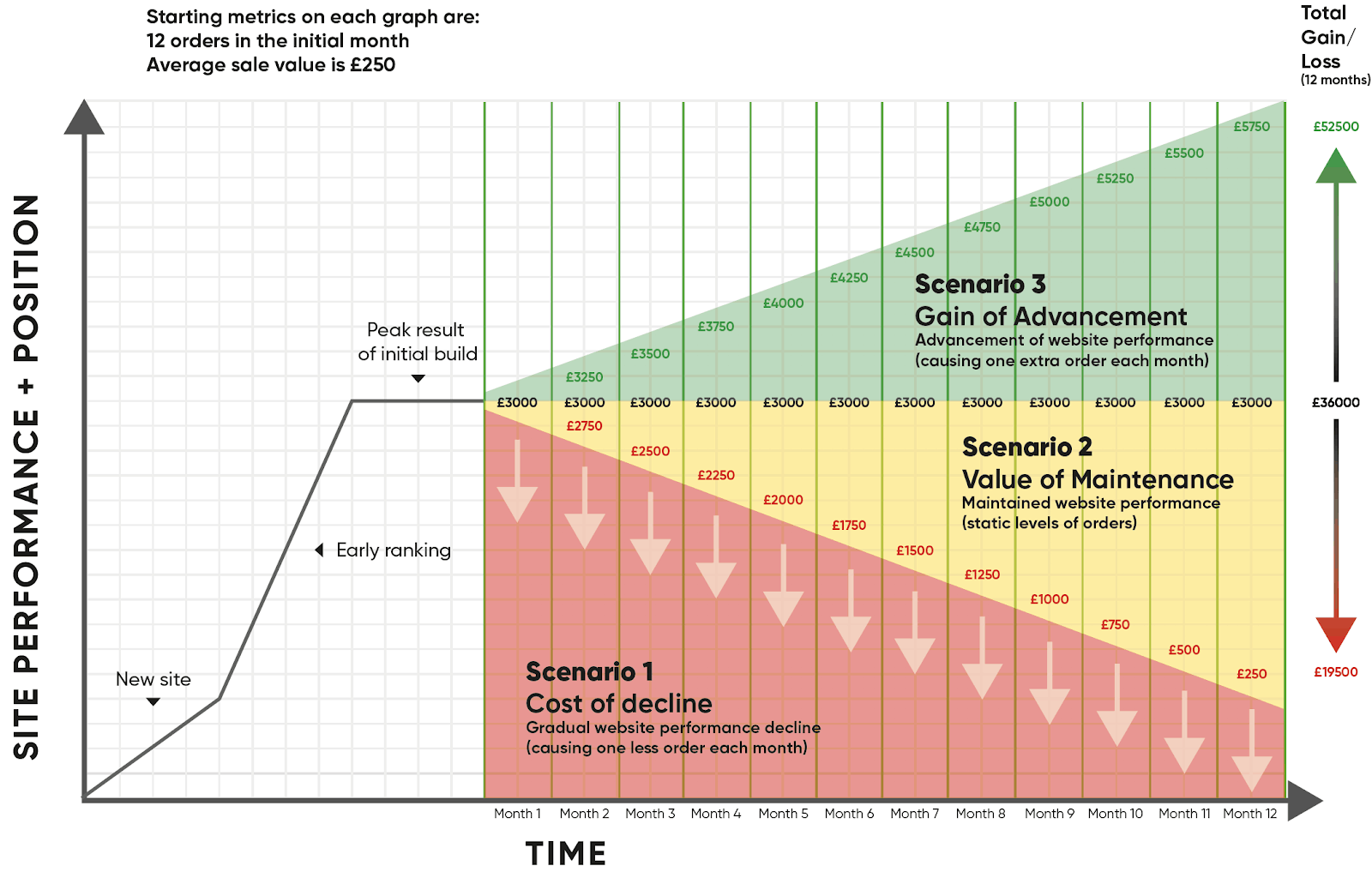 The impact is shown in the climbing monthly revenues, but also most starkly in the resultant figures on the right hand side, where the gap in revenues achieved between graph 1, and graph 3 now show a combined business benefit of £33,000 uplift in turnover.

That’s pretty substantial for a business that had starting metrics of just 12 website drive sales a month, and a pretty modest average sale value of £250!

What are the key learning points?

As a quick summary; websites that are neglected after their initial build will start to decline. The business results associated will decline also. There is a ‘hidden cost’ to that decline.

Website maintenance programmes exist to minimise that decline, and keep a website performing. The intention here is to ‘prevent the cost of decline’.

Website advancement programmes exist to progress and develop the performance of a website. It is an incremental approach to refining the metrics and outcomes a site achieves, and therefore increases the results it achieves for the business.

The combination of these two elements can make really substantial differences to business performance.

How can I learn more about website maintenance and advancement services to support my business?

At Growth by Design we provide a range of support services for businesses, including website maintenance and advancement programmes.

Give us a call on 01444 810530 for a no obligation discussion. We’ll even run a complimentary website audit for you to clearly identify any current issues.

If you prefer to email, you can reach us at connect@growth-by-design.co.uk 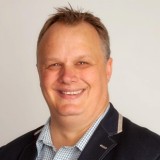